LOGIC: Did they get it wrong?

Logic simply confirms the rules for object behaviors through contradiction and tautology, and does not have a transcendental basis.

SELF-REFERENCE Which is "this sentence"?
A pointing, self-referential language is always animistic. Pointing or referring is always a mapping, and mappings are intentional.

Transcendental idealism and transcendental realism are the two mutually exhaustive and exclusive possible interpretations of syntax.

The "MANY WORLDS " hypothesis

We ought not to ask whether an event has occurred or not - events only arise in the context of a world. And as far as worlds go, there is a distinction between worlds that are identical and worlds that are not. The former are uncountable.

"Counterfactuals" and "factuals" are terms that cannot be applied to "many worlds". We cannot single out events from a world. We can describe an event only in the context of a world.
There is a problem with that also. For it looks as though "many worlds" must be imaged or viewed from the context of only one world - the world that we know. As such, they appear as empty surrogates of our world, for which their description as "actuality" is a conceit.
"Many worlds" is a "transcendentally real" formulation. The idea supposes that objects are carved out in Nature and correspond to their appearances, independently of that appearance.
In "transcendental idealism", however, there is no prospect for "many worlds", no prospect for objects as independent existents. In TI objects are items of knowledge constructed from templates of experience. To premise the idea of other worlds and the same but "other" selves on the notion of our own world requires a template that isn't found in our world.
Posted by John Jones at 02:12 No comments:

The Integral Text - A textual mechanism responsible for the analytic/continental divide, and divides in general.

A textual mechanism underpinning the analytic/continental divide, and academic divides in general. My thesis presents arguments in support of the idea that the source of the analytic-continental divide is organizational and is not grounded in conceptual differences or partisanship. It is a problem that is a consequence of the structure of the University "text" itself. This text I refer to as the integral text. It is a tangible, self-referring, non-subjective structure through which the University stores knowledge and retains influence.

Are there random events? Neither an affirmation nor a denial can redeem a confusion. Chance, or a random event, refers to the internal structure, or source, of an event if, and only if, that structure or source has not been allocated or identified. The idea of randomness as a "inherent property" identifies not the lack of a property, but a failure to denote the idea of one.

Is Intelligence an Ability?

I argue that intelligence is not an ability. IQ and intelligence are marks of a social movement that is conceptually grounded on the idea of the "universal object". The universal object is an object, and its behavior, that is supposedly present to all life-forms, and that all life-forms have a measurable ability to articulate. More than an anthropomorphic formulation, though humankind is its primary focus, the "universal object" is a premise, an assumption, that appears to facilitate the comparative measure of the ability of not only individuals, but species. I challenge that premise. 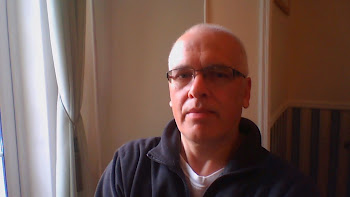 Welcome to my anti-philosophy blog. I am a Welshman living in Cardiff writing on the foundations of the sciences and humanities. I can be found loitering around the doorways of academia; an itinerant, peddling gems and junk. I might entertain or break moulds.

These are some of the topics put up for resolution through dissolution, where traditional for and against analyses do not exhaust or touch upon their conceptual pivots.


(... and if it is unreasonable to suppose that we can be against a presentation of the "for or against" then, again, we can hardly be asked to be for it.)

Time and Space. The philosopher McTaggart did not go far enough. This simple, non-academic exposition offers an elimination of Time. As a bonus, Space is likewise eliminated.

Mysteriously, Wittgenstein said of his only contemporary published work - the Tractatus, that it is both nonsense and delivers truths! A new solution.

Richard Dawkins and the creationists: arguing each others case?